2015 - The Most Active Year for Pagani Events 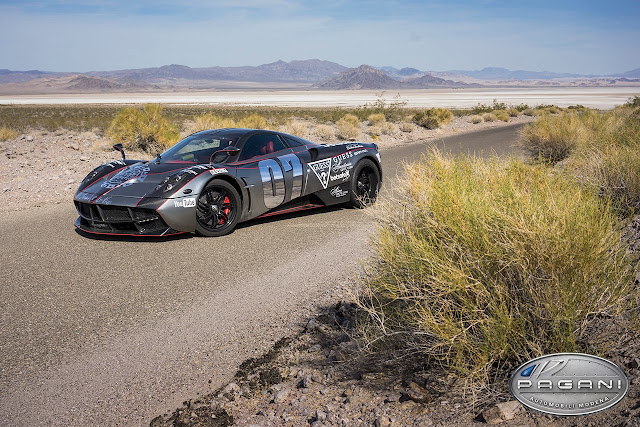 The season of motorsport events is now started for weeks, and the Pagani Automobili couldn't  start it better.

Just after the Geneva Motor Show, which is the event that marks the beginning of the petrolheads season, the Pagani began to take part at many events, among the most important stand out: the Cars and Coffee Italy, the Vmax200, the Gumball 3000, the Gold Rush Rally and Wilton Classic & Supercar Show, the last one was organized in a different period from the usual. Rather, it was a shame not to see even a Pagani in Monte Carlo for the Top Marques of Monaco this year. But the season has just begun, there will be also the second Pagani rally in USA, the Quail Motorsports Event, the Concours d'Elegance of Peeble Beach and many others.

Meanwhile, we are preparing for the upcoming eleventh edition of the annual Pagani Gathering, the Vanishing Point. So stay tuned on our social pages on Facbook and Instagram for a lot of amazing exclusive contents, this year's edition will be very special. 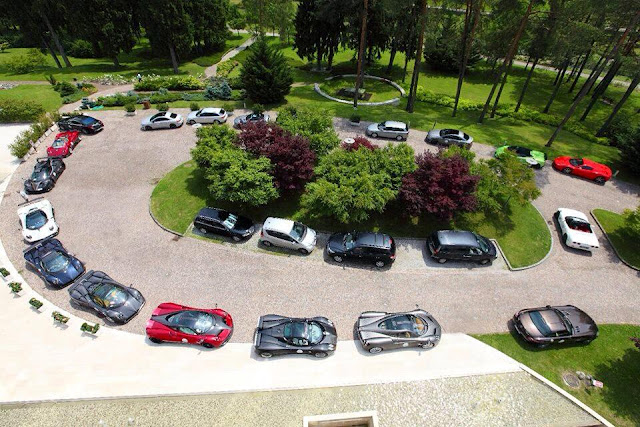 Here are some photos of the events:

The Cars & Coffee is the event which is depopulating in Italy. These guys have the purpose of gathers petrolheads, supercar and classic car owners without any preference of brand and year. Imported in Italy in 2012, quickly it proved to be a national success for its simplicity, but also for an always meticulous organization focused on the participant's attention. Pagani attended the last edition which took place in Brescia. They participated with two Pagani, the Huayra Prototype 1 used for the filming of Transformers 4 and a beautiful Zonda F characterized by a Dubai Red body paint, fully visible carbon fiber, anodized wheels and red brake calipers. Pagani also brought at the event Horacio's Porsche Carrera GT and Ford GT. Don't miss the next C&C that will be held in Turin in September.

Vmax200 is the UK's premier top-speed driving event where owners of sports cars, supercars and hypercars gather at a private runway to drive their cars to their limits. Amongst the non-stop action, participants set off in pairs and test their cars 0-60mph times as well as their top speeds. Since its launch in 2002, Vmax200 has hosted the World’s most exotic and iconic cars as owners come to explore their limits in a safe and controlled environment. Recent events saw a supercar showdown which featured the McLaren P1 & F1, Koenigsegg CCX, La Ferrari & Bugatti Veyron amongst others. Vmax200 is the ultimate day out for every driver! At this year's edition a very rare Pagani attended the event, this car is a black Zonda F equipped with black leather with red stitching interior, magnesium polished wheels and red brake calipers. This car was built in 2007, was sold to Andorra, then it was never seen for a lot of years. It has been sold recently to UK by the dealer Amian Exclousive Cars.

The Gumball 3000 is a non-competitive rally long 3000 miles (5000 km), which takes place annually on different roads opened to the traffic, usually it lasts 6 days. At this year's edition started in Stockholm and passed through Oslo, Copenhagen, Amsterdam where the cars have flight across the Atlantic Ocean to Reno, continuing onto San Francisco, Los Angeles and ending in Las Vegas! The Huayra US Demo car (with a special wrap made by SSCustoms) attended the event while the well known 1 of 1 Huayra 730S took part only for one day.

The goldRush Rally is an annual trendsetting celebration and one of the fastest growing social events & lifestyle brands. This exciting event is a mixture of an exotic & supercar rally, nightlife parties, celebrities, DJ's, and VIP participants. At this year's edition took part two Pagani Huayra, the Huayra 730S and the US Demo car.

The ultimate supercar and classics show. As the Cars & Coffee, this event has the purpose to gather supercar and classics without any preference of brand and age. This year’s Wilton Classic & Supercar show has been hailed as a huge success after 15,000 visitors flocked to see more than 500 of the world’s most impressive, exciting and expensive cars. Bugattis, McLarens and Aston Martins lined up together with historic F1 cars in the grounds of Wilton House with warm, sunny weather providing the perfect backdrop for the weekend. This year's edition wasn't so epic as the 2013 edition in terms of Pagani, the stunning yellow Huayra of my friend arrived from Taiwan and it was the only Pagani that attended the event. 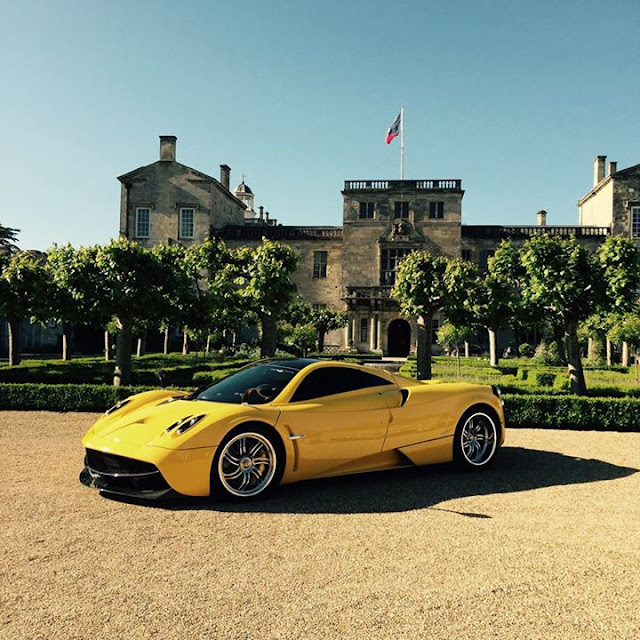