Pagani Huayra BC Queen of the Geneva Motor Show 2016 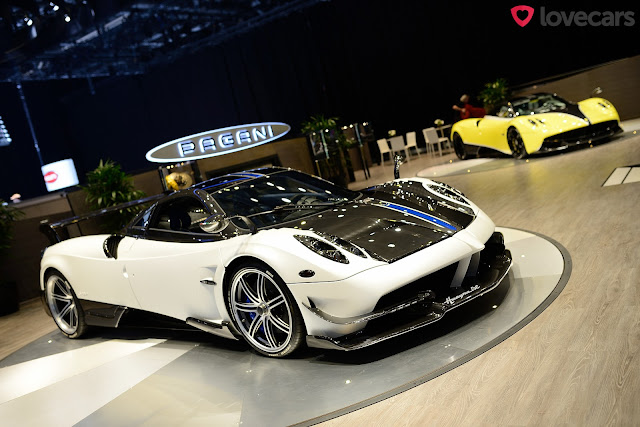 The hardcore version of the famous Pagani Huayra has been unveiled at the Geneva Motor Show 2016. For once it's not the numbers and technical data that make headlines, but more importantly - at least for the founder Horacio Pagani - the dedication made by the initials "BC" which stand for Benny Caiola, late friend, great enthusiast, supercar collector and first customer in the Pagani Automobili history. The Pagani Huayra BC is characterized by a series of radical changes that make it quite different from the Huayra Coupe, at least on the technical level. La Casa di San Cesario sul Panaro is keen to stress that the "BC" has no body panel in common with the standard Huayra, except for the roof.

Instead of following the widespread trend to propose hybrid supercars like Ferrari, McLaren and Porsche, Pagani decided to remain true to its tradition by focusing on the fundamental objective: To create the lightest road legal hypercar in the world. They have optimized the chassis and suspension to ensure racing performance while maintaining the traveling comfort and have developed a robotized gearbox suitable for this purpose. In fact, the arms and joints of the suspension are made of forged HiForg, an aluminum alloy that reduces weight by 25 % compared to those of the standard Huayra. The Brembo brakes with carbon-ceramic brake discs and calipers are housed by high-performance 20- and 21-inch wheels that fit Pirelli P Zero Corsa tires (255/30ZR20 and 355/25ZR21) developed specifically for the "BC" and with an asymmetrical tread pattern similar to the slick used in Formula 1 a few years ago. For track use you can instead opt for the special Pirelli P Zero Trofeo R on 19" and 20" wheels. The total weight of the Huayra BC is only 1,218 kg, quite remarkable compared to the 1,350 kg LaFerrari, the 1,450 kg McLaren P1 and the 1,640 kg Porsche 918 Spyder. 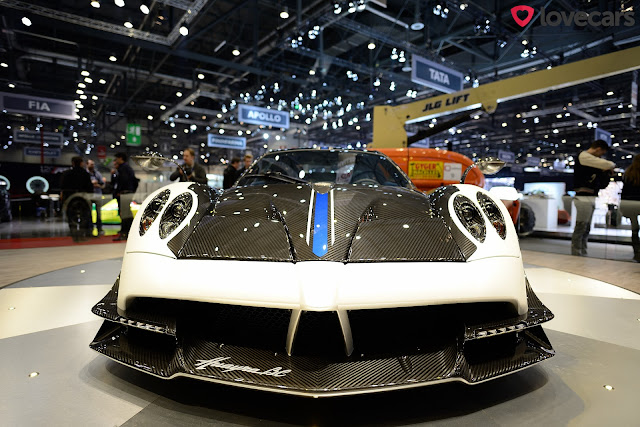 The completely revised aerodynamics is the most striking novelty of the Pagani Huayra BC, with numerous spoilers and winglets designed to reduce friction and eliminate the lift effect. Several tests carried out in the wind tunnel with Dallara have allowed Pagani to maximize the downforce and grip for the BC, not only thanks to the large tail wing, but also thanks to the aerodynamic flow in the underbody and internal circuits that have have been accelerated to improve the cooling of the mechanical components and the adherence to the ground. 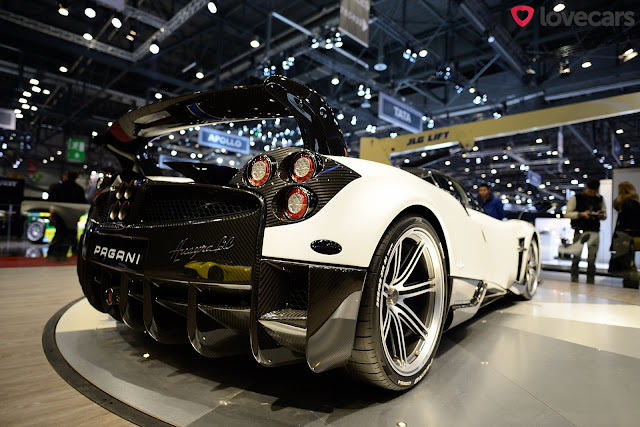 The engine of the Huayra BC is the same well known V12 biturbo engine of 5,980 cc specially developed by Mercedes-AMG, producing more than 750 hp at 6,200 revs (for the BC the power should be between 830 and 850 hp) and 1,000 Nm at 4,000 revs. The sports exhaust system has a reduced pressure, a specific loudness and is made of titanium. The 7-speed automatic gearbox is all new, made by British Xtrac with electrohydraulic transmissions, synchronizers made of carbon fiber and a high-precision clutch control. To this was added the active electronic differential that improves driving on the track and on the road and also new axle shafts with constant velocity joint derived from endurance races like the 24 Hours of Le Mans. 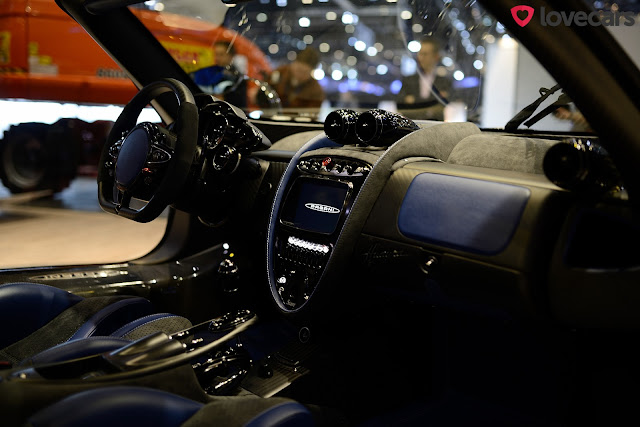 In the cockpit you immediately notice black brushed aluminum and carbon fiber inserts with refined suede linings that help to give a racing tone to the interior while the classic manual parking brake lever has been replaced with an electric one and the infotainment system is completely new. Along with the Huayra BC, a Huayra with the new "Tempesta" package was showcased on the Geneva stand. It provides a new front spoiler, rear diffuser and a new set of wheels. 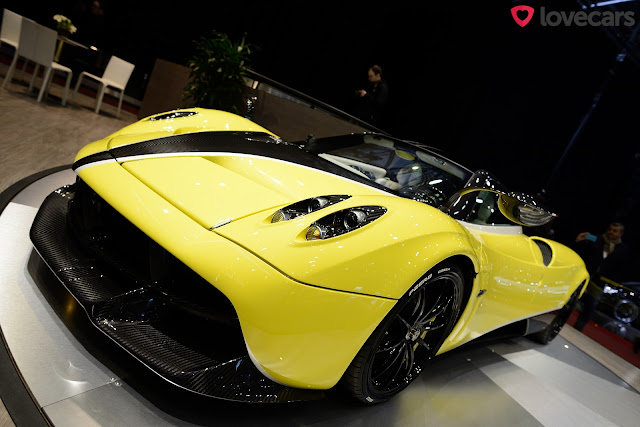 My opinion on the Huayra BC? I really like the car and in real she looks much better than in pictures, the interior is the thing I appreciated most on the car. I really appreciate that the BC prototype #003 that was unveiled at the Geneva Motor Show shows a configuration that recalls the Zonda F owned by Benny Caiola. But to be completely honest I think the rear wing is completely out of place with the soft and elegant silhouette of the Pagani Huayra. If it was really necessary to put a wing I would have opted for a less conspicuous ala, perhaps similar to the one mounted on the Koenigsegg CCX.