New Huayra with US Spec Unveiled at Pebble Beach 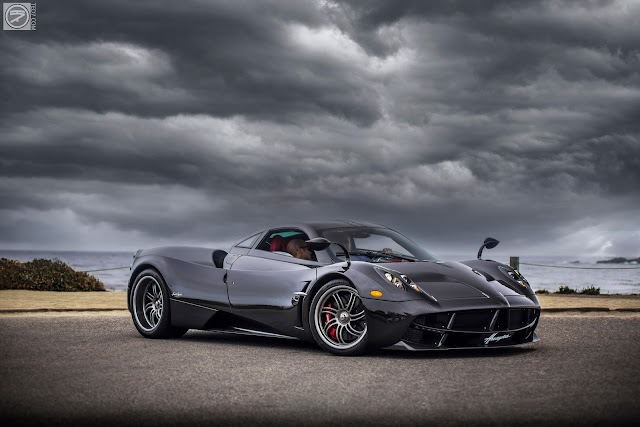 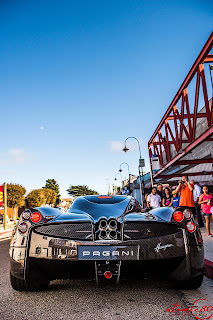 Unveiled during the Pebble Beach week at the McCall Jet Center, and will probably featured at other events this period as well. According to a factory tour in early June 2013, this car should be VIN 76023, or at least the car #23.
Full carbon fiber exterior, red interior and side markers as per US laws. The registration plate isn't squared as we assumed a while back, indeed I've seen a few pictures of cars registered in the US with a rectangular (European) registration plate housing. 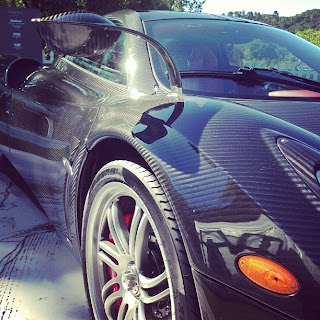 The sidemarkers are a bit terrible I'll admit it, I wonder if it was possible to do something a little more subtle, perhaps closer to the wheel arch and whit LED technology so to make it smaller. I'm holding judgment on the front one, but it doesn't' look much different unfortunately. 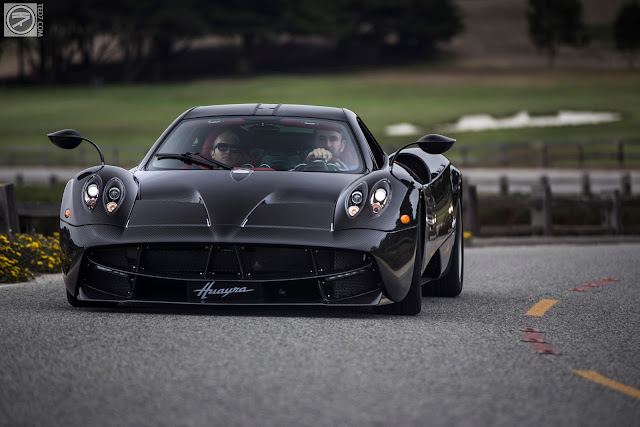